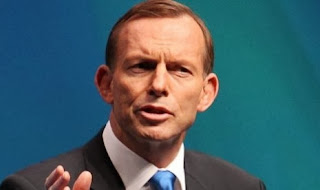 
Prime Minister Tony Abbott promised to be frank to world leaders ahead of Australia to host G20 summit in 2014 .

Abbott said the G20 summit held in Brisbane in November next year will be the most important meeting of world leaders ever held Australia and Canberra to Singapore and New Zealand also invited to attend .

" Our focus as president of the G20 will be located on the strong economic growth under the leadership of the private sector, " said Abbott .

He promised to be ahead with its international partners , but declined to comment specifically wiretapping issue after reports that Canada has allowed the United States National Security Council ( NSA ) eavesdropping G20 Summit and the G8 summit in Toronto in 2010 .

" I can assure leaders around the world who will visit Ausrtalia that I will at all frankly to them , I would not speak personally that I do not talk about in public , " said Abbott answered questions about a guarantee that Brisbane will not repeat Toronto .

" Beyond that I am not commenting on intelligence matters . "

Posted by needsjobslowongankerja at 11:08 PM