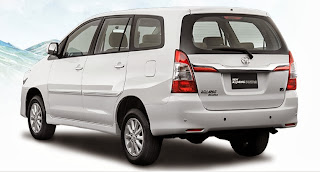 Increased export of this car , he said , due to increased demand from the Middle East and African markets , " he said .

Toyota car manufacturers still dominate Indonesia's exports , such as the type of SUV , MPV , saloon and car Pic Up .

" This year for the export of cars from Toyota reached 77 % of Indonesia's total exports . Market is Toyota's main exports to 68 countries around the world , most popular car types and Jeep Innova For tuners , " said President Director of PT Toyota Astra Motor Johnny Darmawan told reporters at the Ministry of Industry .

According to Johnny Darmawan car exports to 68 countries such as the Middle East , seven ASEAN countries , South Asia and Africa . 50 % of exports to the type of car that Innova and Jee For tuner .