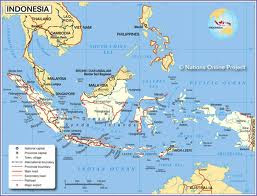 Some residents in the path of revolution, villa motherland, Sukamaju village, subdistrict Cilodong, Depok, West Java province, at around 5 am in western Indonesia, Thursday, 4 July 2013 foiled a robbery attempt motorcycles, though two of the robbers had guns popping pestolnya two times.

The events of the robbery attempt the first time known when a citizen Fa Kui Bong (45 years) after getting out of bed when her living room looked at the revolution, rt 05, rw 91 did not find a motorcycle'' Minerva "hers, while the other two motors, a big motor in which he put in the kitchen and the living room was still in place, have not been thrashing by robbers.

'' Once I ran out the door, I was mugged robber pistol, and I again ran into the house, up in the rumh, I shouted "No robber" Bong Kui said at his home, Thursday. (4/7).

Then after knowing many people who scrambled out of the house, about 30 yards from his home he was found lying minervanya motorcycle, the alarm still burning.

'' apparently the robbers left the bike on the road because the robbers failed to turn on the bike,'' he said.

According to him, the chairman of the neighborhood (RT) has found two shell casings that had been fired two pistols the robbers.
Posted by needsjobslowongankerja at 8:12 PM