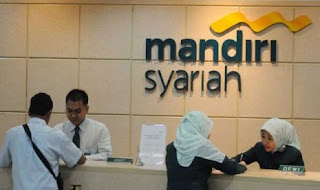 Stakeholders need to be convinced that Islamic banks are able to manage funds Haj Rp 55 trillion.

JAKARTA - The transfer of funds Haj to Islamic banking is a new breakthrough by the Director General of the Implementation of Hajj and Umrah (PHU) of the Ministry of Religious Affairs this year.

Therefore, DG PHU Anggito Abhimanyu rate, need for intensive socialization in banking that has been given authority to manage funds Haj and also dissemination to other stakeholders, such as Hajj and Umrah travel agencies, including academics concerned with issues pilgrimage and Umrah.
'' We see the need to provide funds Haj transparency to stakeholders in accordance with Islamic principles,'' said Anggito Reuters in an interview in his office, Tuesday (23/7).

During this time, according to him, socialization among economists is still not enough, while the source of funds Haj this very much.

Including an understanding of how Islamic banks can utilize the funds productively great pilgrimage in accordance with the rules of Islamic and Religious Affairs.

He said that the meeting of the Islamic Finance Seminar Prospects and Challenges of Hajj Fund Management which was held on Thursday (25/7), at the Hotel Borobudur, by the Indonesian Economists Association (ISEI) and Republika is a good move as the comprehensive socialization container.

He wished there were more related to knowledge management policy which authorized funds Haj to Islamic banking.

With this seminar, it is expected more intensive socialization and friendship is getting stronger inter-stakeholders, particularly related to the development of policy issues and the latest Hajj and Umrah.

'' This meeting could also be a study for scholars, especially those who pay attention to the management of funds Haj and Umrah for this,'' said Anggito.

The same was also conveyed hope economist Aviliani. During this time, he said, the communication between the stakeholders in the management of funds Haj affairs is still lacking because it was never collected in a container of special meetings.
Therefore, this kind of seminar is required as a place of socialization. During this special pilgrimage consumers to always get confused because saving money in Islamic banks, but it has nothing to do with travel or pilgrimage bureau.

Stakeholders in addition to Islamic banking also need to be convinced that Islamic banks in Indonesia are able to manage such a large fund and whether between Islamic banks and travel agencies hajj can work together.

Hopefully, Islamic banks and travel agents are not confused with the new policies of the Ministry of Religious Affairs and the Government of Saudi Arabia.
Posted by needsjobslowongankerja at 3:21 AM