17 people were killed in a series of shootings in Iraq 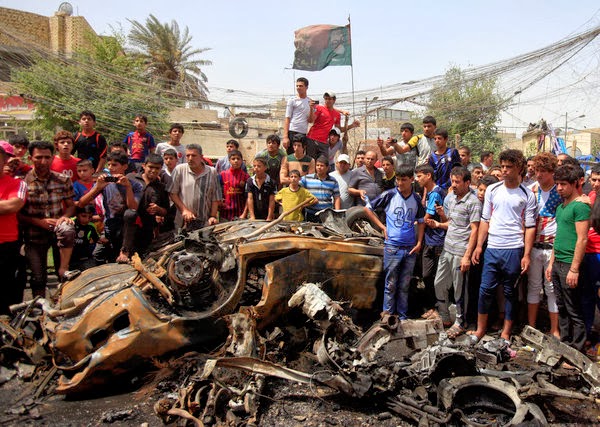 17 people were killed in a series of shootings in Iraq

The attacks in Iraq , including a series of shootings in the north , killing at least 17 ​​people Sunday , officials said .

Deadliest single attack occurred when a bomb exploded on the highway between Baghdad and the northern city of Mosul , killing three policemen and four prisoners who were arrested during the raid , AFP reported .

Six shootings in Mosul , one of the most dangerous areas in Iraq , killing seven people , including the brother of a member of the provincial council , an employee of the health directorate and three members of the security forces .

In northern Baghdad , a roadside bomb exploded near shops in the area of Sadr City , killing at least two people and wounding seven others , while bombings in Hurriyah area injuring at least three people .

The bomb also exploded at a house in the area Siniyah north of Baghdad , killing a policeman and wounding two others .

Violence in Iraq has reached levels not seen since 2008, when the country was beginning to recover from deadly sectarian conflict in 2006-2007 that claimed tens of thousands of lives .

A total of 1,013 people - 795 civilians , 122 soldiers and 96 policemen - were killed by violence in the country in January , according to official data compiled by the ministries of health , interior and defense .

Security forces kill 189 militants and arresting 458 people during that month .

The number of deaths in January was the highest number issued by the ministries that since April 2008 , when 1,073 people were killed .

The data confirm that the latest victims of a deadly escalation of violence in Iraq , which was hit by militant attacks almost every day and the takeover of an important city that is the doorway to Baghdad and the areas in a city other by anti - government guerrillas .

Last year was the deadliest days in Iraq since 2008 in which nearly 9,000 people were killed , according to UN data .

Tensions high in Iraq this year since militants linked to Al Qaeda and other Sunni militants took over the city of Falluja on January 1 .

A wave of bombings and suicide attacks increased in the middle of a political crisis between Prime Minister Nuri al - Maliki and his government partners and protest marches for several weeks demanding his resignation .

Iraq hit by political turmoil and violence that killed thousands of people since U.S. forces completed the withdrawal from the country on December 18, 2011 , leaving security responsibilities to Iraqi forces .

In addition to problems with the Kurds , the Iraqi government also clashed with Sunni groups .