Polyclinic Hospital BPJS And Away From Home 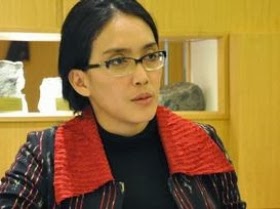 Polyclinic Hospital BPJS And Away From Home

The participants BPJS Health Card complain less extensive services farther away from the consumer, and the Polyclinic Hospital in collaboration with BPJS The Away from Home.

'' At a time still managed PT Social Security, they are also working with the Home Sentra Medika, Jalan Raya Bogor, so that I can reference in poliklimik after Villa Pertiwi, I can immediately go to the hospital Sentra Medika,'' said Imas (50 years) Waga Villa Earth, Depok, on Friday (21/2).

'' Monument Mrs. RS Registration Operator stated, enrollment of patients to physicians in internal medicine was opened at 10 am, and shut down a few minutes later because the patient quota is only 30 people,'' complained Mrs. Imas again. Mom forced back Imas
keesok treatment day.

Yanto (50 years) tricycle drivers, a resident of Villa Pertiwi Also meneluh, now he has got the card after having previously BPJS Health Insurance Social Security card employment and health.

'' I used to just ask at the clinic referral Villa Pertiwi, now have to ask for a referral to the clinic Mrs. Mas Cisalak Gang Jackfruit, away from home, so again had to go to hospital monument mother who is also away from home, the first to seek treatment at Sentra Medika, which is close to home,'' added Yanto.

Social Security Agency (BPJS) must be audited. Due to current funding from membership dues Login to Rp 161 trillion PT Askes

Among them, the funds from membership dues health insurance from civil servants, military and police who went into PT Askes of Rp 14 trillion and fund Social Security participation of workers in PT to Rp 147 trillion.

Since Askes and Social Security funds are combined into BPJS unclear until now. "Should the fund has entered into BJPS''.

'' That's why we ask BPJS immediately audited, it is feared that the funds are used for political purposes what else is now approaching 2014 election, "said Rieke Diah Pitaloka Member Commission IX in Jakarta, Wednesday (19/2-2014).

According to Rieke, there are still many poor and destitute people who do not get health insurance because of poor data collection system of government so that they do not enter the contribution recipient (PBI).

It should all the Indonesian people are poor and can not afford (including participants Jamkesda) per January 1, 2014 automatically as Insured on Health BPJS as PBI (beneficiary contributions) paid by the central government.

Referring to the provision criterion or tidal poor to afford the PP 101 mentahapkan government tender in 2012 the membership and cut the number of poor people and can not afford the tergabumg in PBI and soul before reaching 96.4 junta.

As per the results of the data collection Social Protection Program (PPLS) that made the BPS in 2011 to 86.4 million, resulting in at least 10 million people and poor people can not afford not to get access to health insurance.

According to Rieke, responding still many poor people can not afford the bellum and entered into PBI participants Commission IX in 2014 supports additional budget of Rp 400 billion fund recycle the poor and can not afford that have not joined the Iranian Recipient (PBI)

In addition to PT Askes before the enactment of health insurance BPJS UndanUndang also managed other companies, including PT Social Security.

PT. Social Security in addition to serving the health insurance for formal workers also informal sector workers, such as the seller of the food catfish, sellers cake up motorcycle, the network was expanded cooperation not only with the government-owned hospitals, but also with many private hospitals.

Not hernan range of services closer to the consumers at large.

Posted by needsjobslowongankerja at 4:19 AM