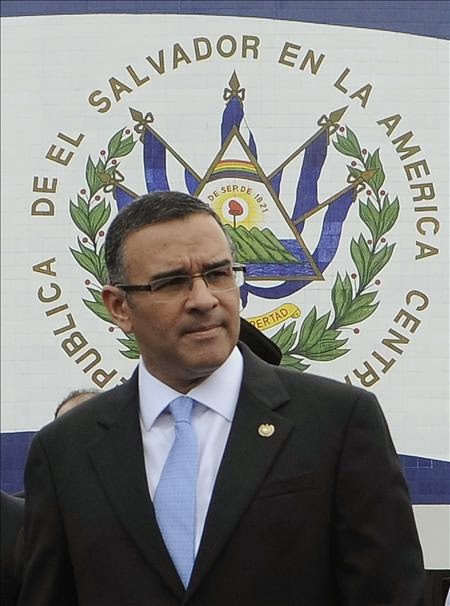 - The former president of El Salvador Francisco Flores , who was under investigation in terms of funding assistance from Taiwan amounted to 10 million dollars , trying to escape by riding the bus , on Tuesday , President Mauricio Funes said .

" At 11:00 local time , the former president was trying to leave the country aboard a bus at the crossing La Hachadyra and he passed immigration and attempt to escape from the court, " he told a news conference .

" We brought him back because he did not report about his departure , in other words he was hiding there , only the driver reported he was there , " the president said and added Flores is scheduled to appear before MPs investigating the donation .

Funes has recently stated that there are three checks each one million , four million and five million U.S. dollars issued by Bank of New York on behalf of Taiwan , and approved by Flores .

The checks received by Banco Cuscatlan bank branch in Costa Rica and sent to a bank in the Bahamas , through the other banks in Miami , United States , said Funes . Taiwan donated money to El Salvador between 2003 and 2004 .

Flores admitted receiving the money, but he did not do anything not fitting . He said handing the money through the proper channels .

" If he feels clean , if he does not do anything with the money that's why 10 million dollars ( Flores ) trying to leave the country from border crossings Hachadura ? " Funes asked .

Funes said that Flores had to appear before MPs investigating the case , or he will be forcibly removed by the police from there .

Flores told investigators he did not receive funds from the Taiwanese government to account cooperation , but accepted it on behalf of the president of Taiwan's private .

These donations are " normal , " said Flores , and Taiwan over the years have contributed to the countries that recognize it diplomatically island .

Only 22 countries , most of Central America and the Caribbean that recognize Taiwan diplomatically . China regards Taiwan as a rebel territory awaiting reunited with the mainland region .
Posted by needsjobslowongankerja at 8:18 AM