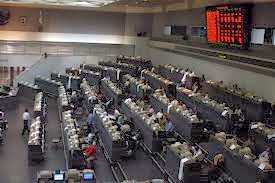 He argues that the Fed reduce its stimulus by 10 billion dollars to 65 billion U.S. dollars , regardless of the exchange rate of some developing countries that are in a depreciating trend .

" The Fed also gave a hint that tapering will still be done in the coming months as an improving U.S. economy , " he said .

Head of Research Valbury Asia Securities , Alfiansyah adding , after the U.S. central bank chose to continue trimming bond purchases to 65 billion per month it signaled that the Fed will continue to survive in the current policy path , unless there was a crisis in a larger scale

"The weakening also occurs on U.S. exchanges , the domestic stock index in today's trading prone corrected . Sentiment that the U.S. could eliminate the positive sentiment from China post reduced the risk of the country's banking system , " he said .

Posted by needsjobslowongankerja at 7:30 PM