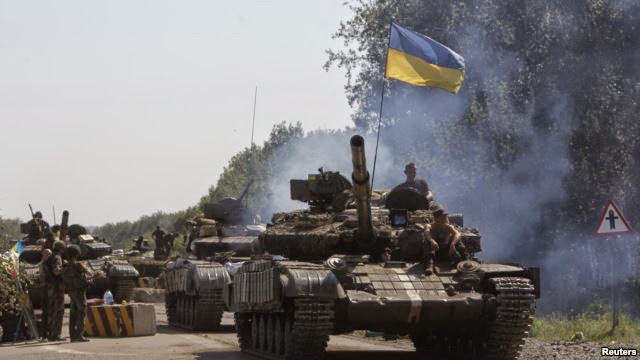 Ukrainian troops retook a district police station in the city of Luhansk, after heavy fighting with pro-Russian separatist group.

The Ukrainian government has said its forces have recaptured a police station in the district of Luhansk after heavy fighting with pro-Russian separatist group.

Luhansk has been hit by heavy fighting for several weeks now.

Meanwhile, a number of armored vehicles, led by pro-Russian rebels reportedly seen near the Russian border, carrying a weapon system ground-to-air. The delegation was headed into rebel-held territory.

In other developments, at least 10 civilians were killed in the latest fighting in the city of Donetsk are also controlled by the rebels.

Officials Committee of the Red Cross is now in the Russians to start checking the contents of a Russian aid convoy ready to enter Ukraine. VOA
Posted by needsjobslowongankerja at 10:45 PM