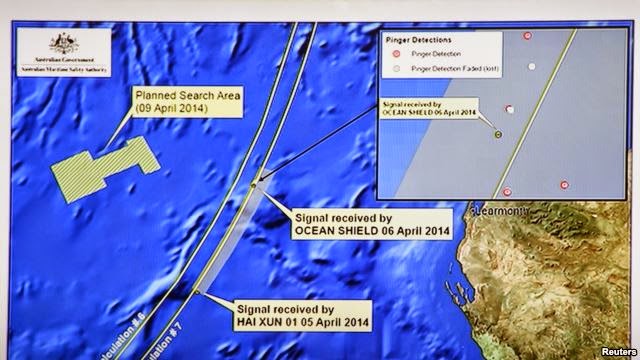 Australian search team concluded Tuesday ( 27/5 ) that the Malaysian Airlines plane that had been missing since early March is likely to fall in the Indian Ocean after running out of fuel .

Report of the Australian team on Tuesday ( 27/5 ) , said the conclusion was based on analysis of data exchange between the aircraft short of the last 239 people were charged and a satellite that monitors air traffic .

The report comes as Malaysia released 45 pages of satellite data collected British telecommunications company Inmarsat is used to account for the alleged crash site , which is believed to be off the coast of Western Australia .

Plane with flight number MH370 were on their way from Kuala Lumpur to Beijing when it disappears the morning on March 8 , but the weeks of intensive search by air and sea found no trace of the Boeing 777 .

The families of those who lost it had demanded disclosure of the satellite data so that independent analysts can try to ensure that searchers do business in the correct location . But some analysts said the air safety of newly released information was still incomplete .

An international investigation team led by Malaysia uses the data to establish that the aircraft crashed in the southern part of the Indian Ocean off the coast of Australia .

The plane disappeared without a distress call on March 8 , about half an hour after taking off from Kuala Lumpur to Beijing . Malaysian officials are confident a person with knowledge of the aviation system deliberately divert the direction of flight of the aircraft. VOA
Posted by needsjobslowongankerja at 10:50 AM