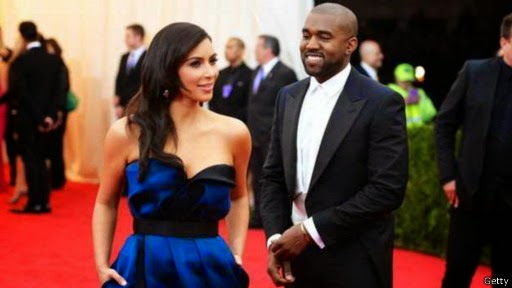 Kim Kardashian and Kanye West honeymooned in Ireland , after getting married in Italy

TV star Kim Kardashian and rapper Kanye West flew to Ireland for their honeymoon after getting married in Italy .

Pair - known as Kimye - married in Florence , Italy , on Saturday ( 24 / 05 ) and was reported to arrive with their private jets at the airport Cork .

They will honeymoon for five days in the Republic of Ireland .
The couple will reportedly spend the holidays in a luxury private villa in Munster .

According to the Irish Independent newspaper , the couple will also spend a day in Dublin , and will visit the famous tourist attractions in Ireland .

Kim and Kanye are expected to be in Ireland until Friday , then back to the U.S. .

The paper describes the couple accompanied by their personal assistants and bodyguards .

This is the first marriage for the West and the third for Kardashian .

Click Hundreds of people attended the wedding ceremony rapper , 36, and TV star , 33, which took place at Fort Belvedere , an old relic of the 16th century castle .

Previously , Kardashian was married to music producer Damon Thomas from 2000 to 2003 and his second marriage to professional basketball player Kris Humphries in 2011 , only lasted for 72 days .BBC
Posted by needsjobslowongankerja at 3:31 AM