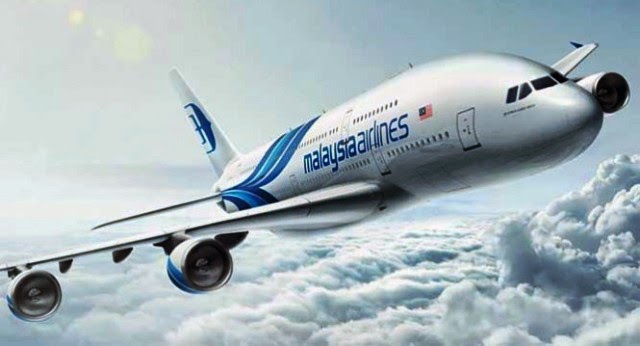 The family from Indonesia MH370 passenger wanted flight information assurance related to Malaysia Airlines missing since March 8 but no one has been found .

" The families want certainty , " said Chairman of the Special Envoy of the Government of Indonesia to issue MH370 , Wiwiek Setyawati Word in Kuala Lumpur , Monday , after meeting with the Minister of Transport Malaysia , Hishammuddin Hussein and his officials.

During the meeting , the Indonesian government 's special envoy said that the family are looking forward to the latest information delivered from time to time .

Nevertheless , he said, it really understand the problems faced by the Malaysian government in the search for the missing plane MH370 .

To that end , the Indonesian government strongly supports the efforts of Malaysia who continue to search until the plane was found .

Similar delivered Indonesian Ambassador to Malaysia Herman Prayitno who also participated in the meeting by stating that the family is still hoping that airline passengers could be saved .

In another part , the Indonesian government also expressed support and always be ready to turn to for help in the search effort in accordance with the MH370 aircraft capabilities.

Support and assistance is appreciated by the Indonesian government of Malaysia to express his gratitude to the government of Indonesia, which since its inception has been providing assistance in the search for the missing plane .

" The Government of Malaysia as stated Hishammuddin greatly appreciate the support of Indonesia has deployed naval and air into the Straits of Melaka in the search for the plane early , " said Herman .

Prime Minister ( PM ) of Australia Tony Abbott says , there is no time limit in the search for Malaysia Airlines flight MH370 aircraft , which carries 239 passengers and was declared missing since March 8, 2014 .

" I certainly did not give a deadline for this , " said Abbott told reporters after meeting with the crew at Pearce airbase , Perth .

" Our search intensity and scale of operations increased , not lowered , " he said, adding that search teams owe passengers the bereaved family to continue the search .

Authorities in Australia reported on Monday, as many as 20 aircraft and ships will be back combing an area of ​​2,000 kilometers in the Indian Ocean in the west Perth , which is strongly suspected as the crash site MH370 .

The family criticized the handling of the Malaysian passenger plane and menyeliki in finding the case, including his decision last week to say that based on the evidence satellites , MH3709 plane crashes in the southern Indian Ocean .

Abbott rejects the notion that Malaysia too hasty news stating that , because there is no debris was found and the last aircraft radar in northwestern Malaysia to India .

" No, the accumulated evidence suggests that the plane was gone , and he was lost somewhere in the southern Indian Ocean , " he said .

Malaysia said the missing plane less than an hour after the start flights from Kuala Lumpur to Beijing allegedly purposely changed direction , away from the actual direction .

Investigators said there was no suspicion of motive or 227 passengers or crew 12th .

China also criticized Malaysia in the handling of the case , but it looks more and more softened the attitude shown by the China Daily article that can understand that not all sensitive information could be opened to the public .

" Although the Malaysian government over the handling of this crisis is rather poor , we must understand that this is probably the most bizarre incidents in civil aviation history of Asia , " according to an editorial in the newspaper .

In addition , a leading English-language newspaper in China noted , " Public opinion should not blame the Malaysian authorities for deliberately concealing information in the absence of real evidence . "

Dozens of objects seen since Australian search area to shift 1,100 miles to the north based on a new analysis of radar and satellites , but no one associated with the MH370 .

The new search area , although closer to Perth and the weather is more supportive , but also close to the Indian Ocean region where all kinds of garbage and floating objects dragged by the currents there .

"I would say that the location is in the search area we call trash , " said Erik van Sebille , researchers at the University of New South Wales .

He replied , " Even so , there are more fragments at the site than in the Southern Ocean . Flakes of Western Australia who stopped at the trash that will traverse the search area . "

However , the biggest problem faced is the extent of the search area is almost as large as Poland or New Mexico .

" If you compare it to Air France flight 447 , then we have much better information about the position where the plane crashed into the water , " said the official United States Navy ( U.S. Navy ) Captain Mark Matthews on Sunday ( 30/3 ) .

He made the statement referring to the plane that crashed near Brazil in 2009 , and it took two years to find it .

Among which will join the search operation in the coming days is the Australian military ship Ocean Shield , which was equipped with a flight recorder search tool called the black box ( black box ) .

However , the equipment can not be used until visual evidence of plane debris was found , said U.S. Navy spokesman Colonel William Marks told the CBS program " Face the Nation " .

If a place can not be found , he argued , the search team will use sonar to slowly and methodically mapping the ocean floor .

" It will be a very long process . Was possible , but it takes time , " he added .
Posted by needsjobslowongankerja at 5:31 AM