Kerry flew to Paris for talks with Lavrov , President of Ukraine visit Belarus 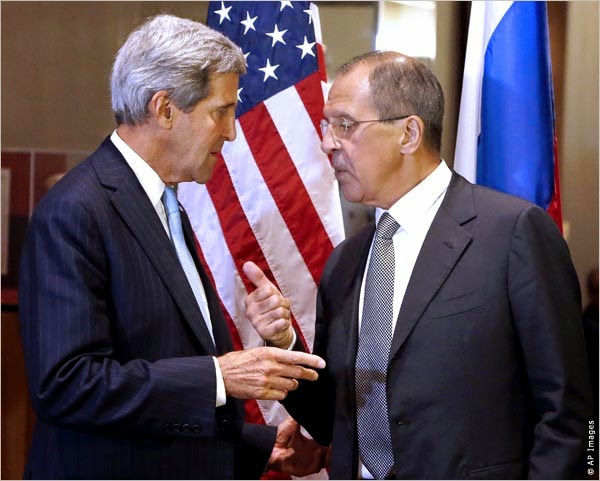 Kerry flew to Paris for talks with Lavrov , President of Ukraine visit Belarus

U.S. Secretary of State John Kerry made ​​a change in the last minute over his plans Saturday to fly to Paris with the intention of setting up talks with Russian counterpart Foreign Minister Lavrov Sergia the Ukrainian crisis .

After leaving Riyadh Saturday morning , the top U.S. diplomat had been due to fly back to Washington with a stop for refueling in Ireland , but then decided to go to Paris .

Russian President Vladimir Putin Friday contacted the U.S. counterpart Barack Obama said that he was keen to discuss the U.S. proposal at the bargaining table to resolve the impasse over Ukraine .

Kerry traveled to Paris Saturday " ahead dijadwalkannya meeting with Russian Foreign Minister Lavrov at the beginning of next week in Europe , " said the spokesman for the U.S. State Department Jen Psaki told reporters traveling with the chief U.S. diplomat .

" Secretary Kerry will also keep in close touch with the Ambassador ( Martin ) Indyk and his negotiating team in Jerusalem and Ramallah in the event of his return from Paris before a meeting of NATO . "

Lavrov said Saturday that Russia does not intend to instruct its armed forces to cross the border into Ukraine , and insisted that the differences between Moscow and the West increasingly narrowed .

Contact recently has shown an outline of " the possibility of a joint initiative that can be submitted to our colleagues in the Ukraine , " Lavrov said on Russian state television .

Kerry is also scheduled to attend a NATO meeting in Brussels on Tuesday and then traveled to Algeria and Morocco during his first visit to the North African country as foreign minister , AFP reported .

Belarus president 's office said the meeting with Oleksandr Turchynov conducted at the residence of Lukashenko in Lyaskovichi village near the border with Ukraine .

A brief statement did not mention the other details and official page Turchyinov not mention about the negotiations .

Belarus is one of only 11 countries with Russia decided to reject the UN General Assembly resolutions are not binding supports the territorial integrity of Ukraine and Russia penganeksasi blasted over the Crimean peninsula earlier this month .

Lukashenko told a television Kiev on Friday that he had spoken by telephone with Vitali Klitschko Ukrainian opposition leader and hopes to establish friendly relations with Ukraine .

Belarus is highly dependent on oil and natural gas shipments from Russia and was part of three state uni -led tax Kremlin which also includes Kazakhstan .

But Lukashenko - who once referred to Washington as Europe's last dictator - has a very good relationship with Russian President Vladimir Putin and is known to make political decisions that can not be predicted since taking power in 1994 , according to AFP .
Posted by needsjobslowongankerja at 4:06 PM