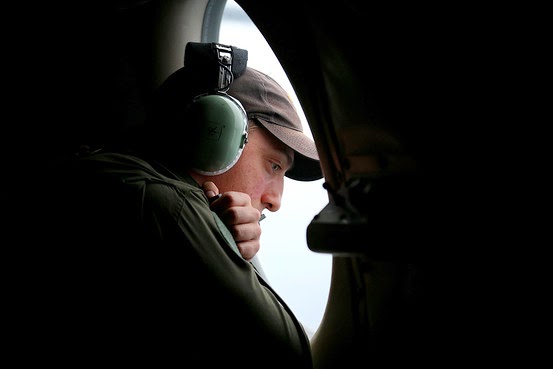 Families of passengers on Malaysia Airlines MH370 seeking compensation seems to be ready to face the hassle of legal proceedings in court . This is due to the lack of physical evidence and uncertainty about the fallout MH370 jurisdictions.

Although the cause of the loss is unknown MH370 , legal experts say families of passengers and crew on Malaysia Airlines may sue for compensation . Ribbeck Law Chartered , a law firm in the United States ( U.S. ) , have petitioned the U.S. courts on behalf of large families Siregar . Word Chandra Siregar , Medan residents and members of the clan , also boarded MH370 . Ribbeck demand information from the airline and Boeing Co. . The law firm says this is the first step , before the plan filed a lawsuit deaths due to negligence ..

However, some lawyers said the legal action taken MH370 passenger family will be difficult . This is because investigators have yet to find the Boeing 777 . The plane's black boxes - the flight and store digital data records in the cockpit conversation - also predicted not to be found in the near future .

Families also should determine to take legal in the country where . " Courts in different states have very varied views about the appropriate level of compensation , " said Mike Danko , an attorney at the law firm Meredith Danko in California . This law firm has been representing accident victims and their families in a plane crash .

Under the Montreal Convention , the amount of compensation will be determined by the courts in the country where the claim was filed . However, the airline is responsible for paying compensation of approximately $ 174,800 per passenger . Montreal Convention is an international agreement that regulates the air crash . Malaysia , China , and the United States ( U.S. ) including a few signatories , although Indonesia has not ratified the convention .

Aviation lawyers and legal observers assessing families better passenger demand through the U.S. courts . The court in that country usually compensate with a large amount in the case of a plane crash .

Montreal Convention regulating the family may file suit in U.S. courts if the passenger is a U.S. citizen , bought a ticket from the U.S. , or end the journey in the U.S. . In addition to the three families of U.S. citizens who were on board MH370 , another passenger family seem impossible to fulfill these requirements , according to several lawyers .

However, families of passengers may file a claim in the U.S. against Boeing , the aircraft maker . They also may require other components maker Boeing 777 based in the U.S. if it can prove that the accident was caused by a design error . But the basis of this claim is uncertain and it took a long time to decide , because the wreckage was not found .

Malaysian courts have a more conservative about negligence claims and accident compensation plane . Malaysia's legal system is based on British common law .

Millions of dollars in compensation due to negligence in the U.S. "is not a trend in the Malaysian legal system , " said Jeremy Joseph , the main partner in Joseph & Partners , a maritime law firm in Kuala Lumpur who had handled the case of aviation . " Even so , this kind of case has never happened before and the court certainly take a decision based on the law and the principles that apply , " said Joseph .

A number of third-party insurance payments have been repaid . Malaysia Airlines also has paid some families about $ 5,000 per passenger , although officials are still looking for MH370 .

Latest satellite image data offer clues in the hunt for the latest Malaysia Airlines flight MH370 in the southern Indian Ocean . However , bad weather led to the postponement search effort .

The authorities take into account that the time left to find the plane's black boxes stay 10 days before the marker location to stop functioning because the battery is depleted . This will complicate the search plane's black box under water .

" I think [ the search by air ] trace only 10 days , " said Commodore Mike Yardley of the New Zealand Air Force . " [ Aerial search efforts ] should continue, at least until we think it will stop the black box emits a signal , " he said . New Zealand is one of six countries that help the search .

.
New satellite imagery released Thursday contains more objects floating in the southern Indian Ocean , southwest of the Perth , Australia . Satellite imagery acquired by Thailand on March 24 shows a jumble of objects 300 about 200 miles from the location of objects captured satellite France a few days earlier . Japan also recognize one of its satellites found about 10 objects in southwest Perth in a radius of about 25 km .

However , efforts to find physical evidence that the plane crashed at the site hampered by bad weather . According to marine experts , the weather will continue to deteriorate as the southern hemisphere enters winter . Safety Authority Australian waters - which led the search - on Thursday predicted that the bad weather would continue in the next 24 hours .

If you can find a number of search aircraft debris , the search can take place in the oceans more serious . Parties to the United States Navy has sent the black box flight search tool to Perth . The device will be towed by boat , which itself also takes many days to the location . The search tool is only capable of combing the location of approximately 240 square kilometers per day .

David Griffin , Australian oceanographers . said it was too early to suspect that the new satellite image contains the image plane debris . The reason was plain rubbish swept waves.

" Floating objects collected when the water level drops ... at the confluence of water with different temperatures , at the center of the whirlpool , " said Griffin , who became part of the search team crash site .
Posted by needsjobslowongankerja at 1:04 AM