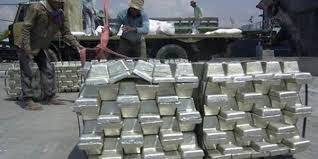 Director General of Mineral and Coal ( Mining ) R. Sukhyar stated policy of export of raw materials ( ORE ) is applied to increase the added value that consists of economic value and employment.

" The establishment of the Mining policy is to increase the value added of which are of economic value and employment, including in the area , " he said in a National Seminar on campus Psacasarjana Engineering ITS Surabaya on Saturday .

Not only that , he said , ORE export policy could increase the independence of technology , and state revenues and coal mining investment that is expected of Energy and Mineral Resources ( ESDM ) can be utilized for the welfare of the people .

In an increase in value -added minerals , metallic minerals he exemplifies the way begins with exploration, exploitation , refining processing , advanced process and then end up in the final product to produce goods such as art and buildings .

In addition , he said , progress mineral processing and refining these values ​​will have a positive impact on the increase in foreign exchange in 2016 and is projected to reach about 17.2 billion U.S. dollars .