A woman was shot dead in Hosingow, southern Somalia, for refusing to wear veils. 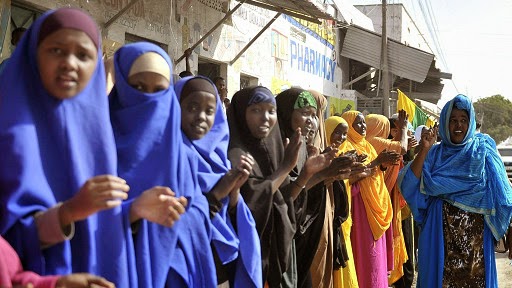 A woman was shot dead in Hosingow, southern Somalia, for refusing to wear veils.

Relatives of the victims said al-Shabab militants came to their house and told the victims, Farah Ruqiyah Yarow, wearing a head scarf.

When the militants back and look at the yard shack Ruqiyah remain veiled, then they shot him.

Al-Shabab has denied killing Ruqiyah.
A spokesman for al-Shabab said they did not fully mastered the Lower Juba region, where Ruqiyah stay.

Ruqiyah a relative who refused to be named for fear of retaliation became targets revealed to the BBC, the actions took place Wednesday, July 30, at 07.30 local time.

Al Shabab-which controls much of south-central Somalia and impose strict rules of conduct, including a dress code for men and women.

BBC observers to Somalia, Mary Harper, argued denial al Shabab signaled that it is likely there are elements in the wild in the group that is the culprit.

Another possibility al-Shabab wants to take distance from the case because it would arouse widespread public anger, added Mary Harper. BBC
Posted by needsjobslowongankerja at 10:16 AM