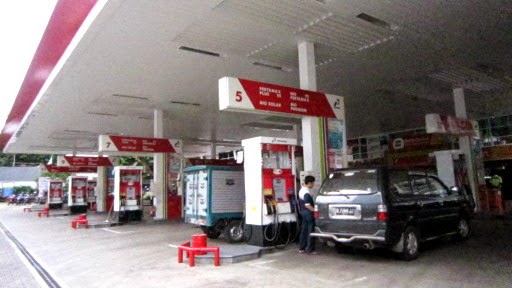 Elimination of subsidized diesel at the pump according to the Central Jakarta BPH Migas Chief Andy Noorsaman Sommeng decided because the readiness of the region compared to other regions.

If other areas are not ready also can not sell subsidized diesel, problems can arise.

"Do not be, Pertamina was also troublesome because many gas stations that do not belong to Pertamina. Lest Also, entrepreneurs dealer that was a loss which in turn bankrupt," Andy told the BBC's Indonesian Washarti Rizki. And if you go bankrupt, he said there will be a new unemployment.

not effective
But economic analyst Aviliani assess instruction negates subsidized diesel in Central Jakarta is not effective because consumers will be looking to the gas station on the edge of Jakarta, such as Bekasi and Karawang.

Aviliani also describes a variety of new problems will arise.

"Prices will rise as businesses see uncertainty of government policy then. This will affect the price that can not be predicted increase and it will have an effect on inflation," said Aviliani.

Therefore, Aviliani suggested the government to talk to employers to avoid inflation. BBC

Posted by needsjobslowongankerja at 11:53 AM