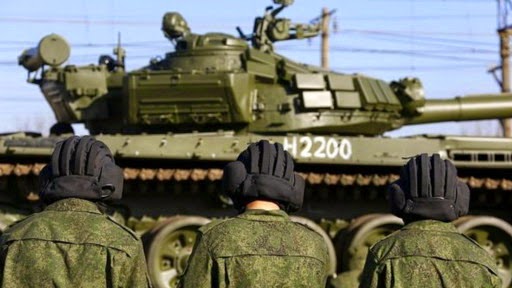 Preparedness North Atlantic Treaty Organization (NATO) is very weak when one of its members attacked Russia, the parliamentary report said British Defense Committee
.
Committee comprising members of the lower house of the British Parliament to refer the conflict in Ukraine as evidence of lack of NATO.

'Non-conventional attack Russia, which uses asymmetric tactics or' war-ambiguous designed to infiltrate under NATO preparedness. It is hard not to respond.

'Events such as in Ukraine this year, last previous cyber attacks on Estonia in 2007, as well as the invasion of Georgia in 2008 was a call to NATO to wake from sleep', so the passage of the report.

To anticipate such attacks in the future, the report recommends the addition of NATO forces in the Balkans vulnerable, including Estonia, Latvia, and Lithuania.

Then, advised NATO special forces prepare to confront unconventional attack, including cyber attacks. NATO was also asked to conduct large-scale exercises and increase the amount of a rapid reaction force significantly.
"The risk to Russian attack one NATO member states, although a small, but significant. We do not believe NATO prepared on this threat. NATO too relaxed to face the Russian threat, "said Rory Stewart, Chairman of the Defence Committee of the Conservative Party.

In fact, he continued, Russian tactics change rapidly, including cyber attacks, supporting the separatist group, and combining civilians armed with special forces without the emblem of unity.

"However, we will review carefully so the report was published. In March, NATO Secretary General Anders Fogh Rasmussen stated Russia's military action in and around Ukraine is a call for the alliance and the international community.
nato

NATO asked to hold a large-scale exercise on a regular basis.
"He also stressed that NATO must adapt to the changing security environment. NATO has taken a number of steps to strengthen the collective defense, in particular for our allies in the east, with more planes, ships, and exercise on land, "said Lungescu.

NATO was formed in 1949, four years after the Second World War ended. Under Article 5 of the Treaty of 1949, the alliance had agreed to help the defense when one of its members attacked the enemy.

After the Cold War ended and the Soviet Union dissolved, NATO expanded into Eastern Europe. NATO members now include Latvia, Lithuania, and Estonia which had been part of the Soviet Union and the Warsaw Pact. BBC
Posted by needsjobslowongankerja at 9:51 PM