Honor Council Election (DKPP) ready to hold hearings regarding the case of alleged infringing on the presidential election (election) 2014 next week. 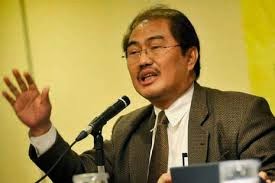 Honor Council Election (DKPP) ready to hold hearings regarding the case of alleged infringing on the presidential election (election) 2014 next week.


According to the Chairman DKPP, Jimly Asshiddiqie, there are six complaints concerning violations of the Presidential Election. However, only four cases were eligible for the trial. "Hopefully soon we sidangkan, if possible before the Court decide. We are ready or able to go first (to announce the results)," adding in his residence, Pondok Labu, South Jakarta, Wednesday (30/07/2014).

Jimly said, Monday, August 4, 2014, DKPP will return to discuss the issue. While the new trial will begin in mid next week, or less than four days after the discussion. "Verify we have done, we close the last stay, determine the trial," he explained.

Nevertheless, continued Jimly, the results of this DKPP decision could not be taken into consideration for the lawsuit to the Court. Because, regardless of the outcome DKPP will not affect the outcome of the Presidential Election has been decided by the Commission. "We just check the related conduct of the organizers," he concluded.

Honorary Chairman of the Board of Election (DKPP) Jimly Asshiddiqie assess the formation of a special committee (Committee) presidential election (election) by the House of Representatives can be done because according to procedure. However, DKPP not in a position to encourage it done.

"The Special Committee will determine the issue (the elections). According to the procedure may be," said Jimly at his residence, Pondok Labu, South Jakarta, Wednesday (30/07/2014).

Later, go Jimly, if the Special Committee found no problem in organizing the presidential election of 2014, would be recommended to DKPP. Well, in the capacity to follow up the report or complaint was DKPP carry out its functions.

"It could be the case and found the House of Representatives can recommend to DKPP," he said.

Jimly added, when from the report reveal any form of violations committed by the election organizers, DKPP only judge of any ethical violation.

"Most hard fired, if not proven yes rehabilitated," he said.

Previously, Prabowo camp-Hatta Rajasa said he would form a special committee on the presidential election in the first plenary session of the House of Representatives. Where, the formation of the Special Committee to discuss various issues in the implementation of election violations Section 2014, in the presidential election this time the pair number one does assume foul play structured, massive, and systematic. Even the Election Commission decision-wins Joko Widodo Jusuf Kalla has also been brought to the Constitutional Court (MK). Okezone
Posted by needsjobslowongankerja at 11:11 AM