A total of nine fishermen missing as boat sinks along with the bike, while as many as 18 fishermen survived. 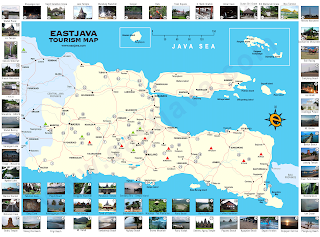 A total of nine fishermen missing as boat sinks along with the bike, while as many as 18 fishermen survived.


Determined to go to sea when the weather is extreme, two motor boats and Juanda Kapodang fishermen's village Kilensari Coastal Village, District Panarukan Situbondo, East Java, broken and drowned by a wave tornado hit when crossing the waters of Madura.

A total of nine fishermen missing as boat sinks along with the bike, while as many as 18 fishermen survived. Some fishermen were found alive were in critical condition. They were immediately evacuated to dr Abdoerrahem Situbondo for treatment. In fact, until the news was written by three fishermen still in intensive care in hospital-owned Situbondo regency.

"As of 10:00 am this joint rescue teams are still searching for missing fisherman nine, but as many as 18 fishermen had been evacuated. Among other things, crew boat Kapodang five fishermen and boat Juanda four people. We will deploy a fleet to sea to perform a search. Due to one of them reportedly snagged nets, "said Adj Polair Situbondo Police, AKP Bashori Alwi, Sunday (01/20/2013).

The evacuation of the 18 fishermen to the mainland coast using three units of local fishing boat. Since morning, the boat that brought the three fishermen who survived gradually. The fishing families of the survivors, especially the mother immediately threw himself into the sea came to the fishermen. They also cried after finding out they were almost killed by the incident. Though they are prohibited from approaching by evacuating personnel.

Upon arriving at the shore, some fishermen who survived the police ambulance transported into hospital. According to one of the fishermen were found alive, before an accident at sea, two party fishing boat that departed to sea almost simultaneously on Saturday (01/19/2013) at around 14:30 pm.

In the middle of the sea, two fishing boat that already had spread nets to catch fish, while the position of the sunken KMP lined. "When the capture of fish, vortex tornado suddenly came and ravaged the second boat carrying 27 fishermen. Motor boat overturned and sank immediately," said Afandi (43), Sunday (20/01/2013).

Luckily, when there are two KMP sinking boat fishermen's named Sweet others and immediately help. Several other fishing boats that are not far from the location it was contacted to help out a search. In addition, other fishermen immediately contacted his family. The nine fishermen were missing, fishermen KMP Kapodang Mus, Sugik, Wiro, Shafi, Asniman, while fishermen KMP is Junaida Juanda, Misnadin, Mul, and Rizal.

Posted by needsjobslowongankerja at 10:33 PM