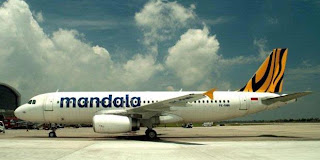 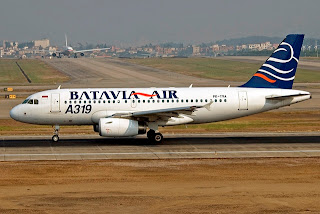 Brata Mandala Airlines Commercial Director Raffly explain his side are currently in talks with Batavia Air in this regard.

"We are going to try to help Batavia to accommodate some of their passengers, according to the capacity and routes," said Brata to Kompas.com in Jakarta, Thursday (01/31/2013).

According Brata, passenger acquisition news is still new to the Mandala Air. So it clearly did not know how many passengers including any routes that can be taken over. "We are in the preparation phase to be able to set up systems to help customers," he said.

Director General of Civil Aviation, Ministry of Transportation, Herry Bakti, it has asked the Mandala to fill several routes that left Batavia Air. Thus, passengers who already have tickets for a ride Batavia Mandala.

In addition, the Ministry of Transportation also appealed to other airlines to fly passengers Batavia at the minimum price. The attitude of the government for the sake of safety and passenger service Batavia.

Moreover, the aircraft owner (lessor) has attracted Batavia plane, so that of 14 aircraft, Batavia only operates seven aircraft.

"Apparently, three years in a row Batavia Air did get projects pilgrimage that occurs arrears payment," Elly said in a press release to Cash Wednesday night.

Arrears payment that makes ILFC filed for bankruptcy to Batavia Air to the Central Jakarta Commercial Court on December 20, 2012. Besides ILFC, Batavia Air also reported to have a bill to Sierra Leasing Limited, also from lease aircraft.

In October 2012, a study from OSK Research Sdn Bhd indicated that Batavia Air has a debt of up to 40 million U.S. dollars. In fact, OSK Research said the Batavia Air is a sick company and assess the proposed acquisition by AirAsia as absurd

Posted by needsjobslowongankerja at 9:10 PM