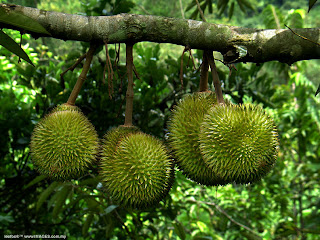 According to him, DPN HKTI responded positively to government policy that favors the interests of farmers in Indonesia. Moving forward is expected to be more policies that favor the farmers national interest.

"It's time we as a nation to self-consistently in the need for food and horticulture. As a nation we should be loving and likes local fruits and vegetables," said Ismet who is also the Director of PT Rajawali Nusantara Indonesia.

Ismet said Indonesia should learn to the Japanese and South Korea are very proud of the product and the results of the earth itself.

According to him, a pragmatic attitude and business interests do not ignore the spirit of the nation to independence and reduce imports. He added, reflecting on the realities and global phenomenon, prevalent if the government also sided with the farmers and the national interest.

HKTI hope that Permentan and Permendag can be implemented consistently by the instruments of state or law enforcement agencies so that there are no irregularities in its implementation because the pragmatic interests.

In 2012, 113 registered importers Kemdag set (IT). Of that amount, a total of 76 companies registered to Kemtan RIPH 1319. For two months, namely November and December last year issued Kemtan RIPH as 259.449 tons or the equivalent of 10,810 containers.

Head of Agricultural Quarantine Agency Kemtan, Banun Harpini, states, the principle of imports of horticultural products just to fill a need in the country is missing, or there is a demand, but the product could not be produced in Indonesia. "We take requests like tourists, expats, and investors in," said Banun.

Horticultural products which may be imported must also consider the local fruit and vegetable crops at a certain period.

Posted by needsjobslowongankerja at 10:26 AM