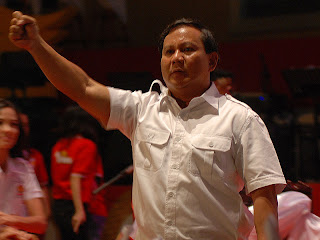 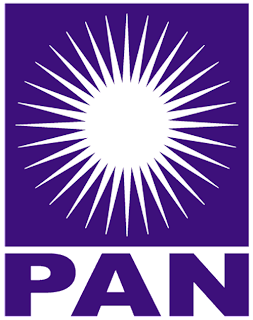 DPP Chair of Communication Politics National Mandate Party (PAN) Bima Arya Sugiarta criticized the nomination Gerindra Chairman of the Board of Trustees as its presidential candidate Prabowo 2014. He also compared it with the figure of Joko Widodo Jakarta Governor no less popular.


Politics is compromise but there are things that can not be compromised. If the system of reward and punishment is not going well, then democracy in trouble
- Bima Arya Sugiarta

"The popularity and electability a Prabowo, to this day is always number one. Phenomenon what's this? Is this true reward for services Prabowo," Bima said on Friday (28/12/2012), in a discussion at the Taman Ismail Marzuki (TIM).

It compares with the popularity Jokowi. According Bima, Jokowi also able to compete because of the popularity Prabowo's footsteps as a recorder for Solo Mayor considered a success. In addition, the campaign style Jokowi elections in Jakarta as well as sympathy.

"But Prabowo what reward? Have we forgotten why he quit the military, anything because he has a firm stand. In which part specifically? I do not understand my friends 1998 which opposed militarism, dikatorsip be so permissive sex change and make peace with it , "Bima said.

According Bima, Prabowo popularity today because society will not forget or minimal information Kostrad the figure. "Politics is compromise but there are things that can not be compromised. System of reward and punishment if it does not work well, then democracy in trouble," said Bhima.

Prabowo had declared themselves going forward into 2014 with a Presidential candidate Gerindra. His nomination was criticized because it had cases of past human rights violations. However, Prabowo admitted the breath of democracy has become a belief for a long time even though he was from the military. He also thinks democracy is the only system that most rational for Indonesia.

"Among us, democracy is a belief. We believe that a country so vast, heterogeneous system takes the most rational, the democratic system," said Prabowo, Tuesday (18/12/2012), while giving a public lecture in the discussion Soegeng Sarjadi Syndicate, at the Four Seasons Hotel, Jakarta.

Prabowo did not deny that there is a democratic system in Indonesia can not be separated from the influence of the West is to first apply the system. "There was no denying our generation is strongly influenced by the west. Elite Indonesia as Bung Karno, Syahrir, Hatta all graduates Netherlands. West We see excellence and we believe if we imitate the west, then we smua sure to democracy," he said.
Posted by needsjobslowongankerja at 4:03 PM