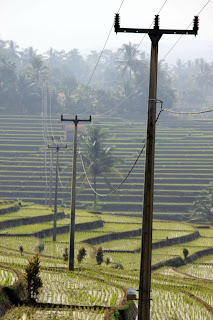 Vice Chairman of the Industry, Research, and Technology Kadin, Sujagad Bambang said, the effect of the increase in electricity rates will be seen in the second quarter of 2013 with the weakening of the competitiveness of domestic industry.

"If it's not visible impact, it is very powerful and will appear in the second quarter in June 2013 about the effect of the increase in TDL and wages," said Sujagad, here on Saturday.

He said the project is currently being run in the industrial sector is the old orders were taken in 2012.

He said the increase in TDL's led to increased production costs by five percent, not including the effect of the increase in labor costs. Conditions that according to him will lead to decreased competitiveness of local industries compared to imported products.

He said in 2013 to be flooded due to the competitiveness of imported products superior to domestic products.

"Imported products are not affected electricity and wage increases, so the price is cheaper and competitive. Then our products are sold at a high price does not sell, but the cost of production increases," he said.

According to him, the greatest impact that may occur later are layoffs by employers to reduce production costs. It is up he will have an impact on the declining economic growth in Indonesia.

Formerly the Minister of Energy and Mineral Resources, Wacik, announced an increase in electricity tariffs average 15 percent and held every three months starting January 1, 2013. But the increase does not apply to electric customers 450 Watt and 900 Watt.

It is expected that with the increase in electricity subsidy could save Rp14 trillion. "People power users 450 Watt and 900 Watt tariff does not rise, because many of those less fortunate," said Wacik, in Jakarta, Wednesday (26/12).

Posted by needsjobslowongankerja at 9:51 PM