The culture of the trash had campaigned, not to the river," said Jokowi 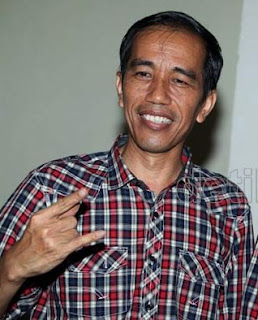 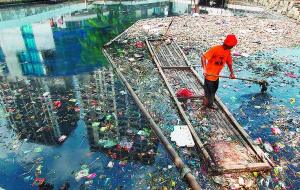 The culture of the trash had campaigned, not to the river," said Jokowi

The high volume of waste in Jakarta is not only the responsibility of the local government or central government. All citizens must contribute capital to reduce the amount of waste produced each day. Jakarta Governor Joko Widodo said it was important for the campaign to Jakarta residents to be wise with the waste issue. At least, raise awareness to stop throwing garbage into the river.

"The culture of the trash had campaigned, not to the river," said Jokowi, when reviewing the Ciliwung River, on the road between Central Jakarta, Sunday (12/30/2012).

Previously, Jokowi said that the problems found at all times in Jakarta have in common. That is so thick sedimentation diameter shrink time and impede water flow. To note, sediment deposition is a process material such as stone, sand by the water, and the wind in the basin. Sedimentation can cause flooding as the material settles in the sunken fields, which could shut down the flow of water when it rains.

Posted by needsjobslowongankerja at 11:00 PM