the number of tourist arrivals (tourists) to Indonesia until November 2012 has reached 7.227 million people 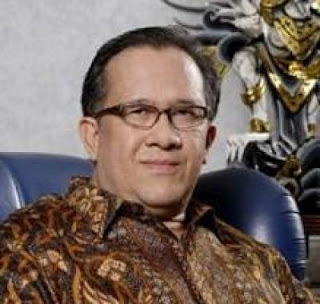 the number of tourist arrivals (tourists) to Indonesia until November 2012 has reached 7.227 million people


Ministry of Tourism and Creative Economy (Kemenparekraf) reported the number of tourist arrivals (tourists) to Indonesia until November 2012 has reached 7.227 million people or close to the target of 8 million foreign tourists until closing in 2013.

According to him, if there is no impediment to close the year, the numbers are likely to be exceeded 8 million.

Sapta said, it would be a new record in the world of tourism in Indonesia with the highest earned income which reached 9 billion U.S. dollars.

"The growth of our tourism is also on the international tourism grew only 4 percent," he said.

In fact, he said, at the beginning of 2012, many observers are skeptical tourism target of 8 million foreign tourists because of the global recession and the global economic slowdown.

But thanks to the transfer market from Europe to Asia as well as the hard work and active in international forums that encourage the presence of many foreign tourists to Indonesia until the target is reached.

In addition to tourists, wisnus also experienced up to 245 million mobilization movement.

"Tourism is also a positive effect on the increase labor absorption, indirect tax, GDP, to invest," he said.

It noted an increase in indirect taxes from the tourism sector in 2012 reached Rp11, 57 trillion investment in tourism increased 1.47 percent from last year to Rp120 trillion.

In 2013, Sapta assess the need to improve service, product differentiation, to the development of destinations and products featured in each destination Beyond Bali.

Sapta bring all parties together to develop and promote tourism destinations in Indonesia.

Posted by needsjobslowongankerja at 9:00 PM