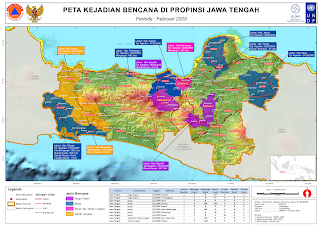 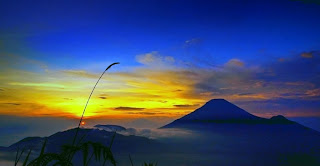 Wanted to celebrate the new year actually lead to death. Two climbers were reported lying in the crater of Mount Sindoro, Central Java, from inhaling toxic gases. One person thought to have been killed and one other person trying evacuated.

The Center for Volcanology and Geological Hazard Mitigation Surono deliver it on Tuesday (01/01/2013).

"Information of Post Mount Sindoro, there was climbing to celebrate the New Year 2013 at the summit of Mount Sindoro. Reported two climbers lying in the crater, the person alleged to have died, one person sought evacuated from the crater," said Surono. Climber was allegedly inhaling toxic gas coming out of the crater Sundoro.

Surono has recommended to the rescue team who will help, to use an oxygen tank / gas masks, to guard against the danger of toxic gas.

"The status of Mount Sindoro is normal, but we still recommend that people / climbers approaching morbidly crater / lip of the crater," he said.

Posted by needsjobslowongankerja at 10:26 PM