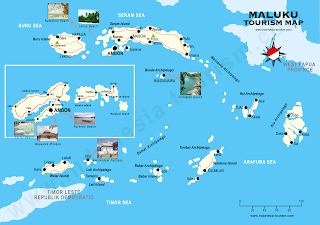 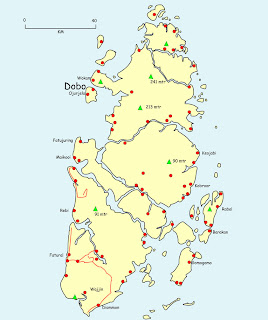 "We submit a request dismissal of Regents Aru Theddy Tengko being convicted of corruption. Interior minister responded positively, but waiting for the prosecutor to execute," said Donal Fariz ICW activist, in Building Kemendagri, this afternoon.

To note, before the run Theddy prosecutor Maluku. As per the Supreme Court decision stating the number 161 K/PID.SUS/2012 Theddy convicted of corruption Aru district budgets. With that basis, Theddy sentenced to four years in prison, a fine of Rp 500 million, and indemnify the state Rp 5.3 billion. The Supreme Court decision was final and binding.

Later, Chief State Attorney Dobo have attempted execution since been convicted by the Supreme Court. In the three times that the call in May, July, and October 2012, Theddy never came. Theddy threatened force if the last call was picked up by the prosecution is not fulfilled.

Earlier, in the process of execution. Theddy, through its legal counsel Yusril Ihza Mahendra remedies by submitting a Non-Executable or non eksekutorial (decision can not be implemented) against the decision of the Supreme Court.

MA finally stated that the determination of the Ambon District Court null and enforceable. In accordance with article 1, point 6 (a) in conjunction with Article 270 Code of Criminal Procedure, the Supreme Court decision number 161 K/PID.SUS/2012 10 April 2012 has been binding and obligatory for execution carried out by the Public Prosecutor.

Although a convicted of corruption, is now Theddy Thengko Aru Islands Regent status is still active. After being disabled, the Minister of the Interior (Interior Minister) Gamawan Fauzi Theddy reactivate the request of the Governor of Maluku.

"We asked Mr. Gamawan Fauzi revoke its decision to reactivate the Regent Kepualau Aru, then dismiss as regent" said Donal.

Adnan Topan Husodo of Indonesia Corruption Watch (ICW) said the activation was officially released on October 31, 2012 Minister of Home Affairs. Adnan suspect, Home Minister did not follow due process when MA Theddy Ambon District Court declared void determination and decision number 161 K/PID.SUS/2012 10 April 2012 has been binding and obligatory for execution carried out by the Public Prosecutor

However, Wednesday night, Attorney failed in an attempt to execute Theddy in Maluku. Just arrived at the Soekarno-Hatta Airport on Wednesday night, apparently Theddy greeted dozens of supporters. Mass forced AGO not to bring Theddy to Maluku. Theddy finally failed execution.

Posted by needsjobslowongankerja at 12:04 AM