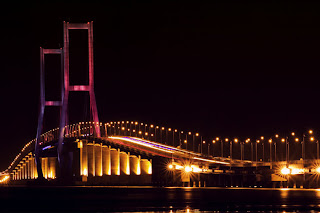 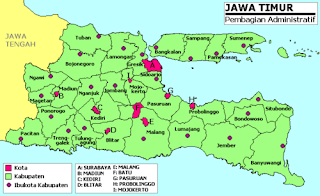 As a major city, Surabaya not want to miss the celebration of the new year. Most five-star hotel offers a stay and dinner package.

In fact, some of the hotels were already full to stay at the turn of the New Year's Eve. For example, at the Hotel Santika Surabaya Pandegiling.

"As of this morning, the occupancy rate was about 95 percent," said Sales & Media Communication Hotel Santika Surabaya Pandegiling Lisa Lestari via electronic mail to Kompas.com, Monday (12/31/2012).

This year, the Surabaya Plaza Hotel does not have any events new year, but it only offers room packages to accommodate the needs of guests who want to find a quiet moment New Year's Eve.

"Considering not everyone is happy with the celebration of the new year filled with frenetic," says General Manager Surabaya Plaza Hotel Yusak Anshori.

A similar concept is applied at the Hotel Ibis Rajawali Surabaya. The hotel is on the theme "Comfort and Cozy Night" by presenting a calm atmosphere at the turn of the year.

The event was held featuring instrumental duet between piano and saxophone pemion. In addition, the Hotel Ibis Surabaya Rajawali also provides a package of "New Year's Eve Dinner Buffet" with a variety of menu options only Rp. 100 000 net per person.

Meanwhile, at the Hotel Majapahit Surabaya offering stay packages start in the new year with Rp 1,750,000, inclusive of gala dinner party countdown. As for the dinner packages including gala dinner countdown party could be followed with prices ranging from Rp 375,000 per person.

According to the Marketing Communications Manager of Hotel Majapahit Surabaya Melania Octavianti Asmono, specifically to stay at New Year's Eve, this year there was an increase over the previous year.

Posted by needsjobslowongankerja at 11:33 PM