Semarang City Government will celebrate New Year's Eve 2013 with stage entertainment and fireworks at three points of them in the Field Simpanglima. 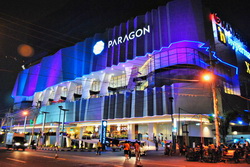 Semarang City Government will celebrate New Year's Eve 2013 with stage entertainment and fireworks at three points of them in the Field Simpanglima.

Head of Culture and Tourism (Disbudpar) Nurjanah of Semarang in Semarang on Friday, said the three-point stage entertainment and fireworks in addition to Field Simpanglima Cultural Park complex is in Raden Saleh (TBRS) and the Minister of State, known Supeno State Family Planning (KB ).

"In there TBRS Gong Festival in Park Tugu Muda and there Stage Expression KB total rock. Prayer for the end of the year by the Acting Mayor of Semarang planned in Field Simpanglima," he said.

Head of Art Disbudpar Semarang City Typhoon Yuristian add that to the show in Gong Tugu Muda in TBRS event starts at 10:00 am until 0:30 pm, the event begins in the Garden KB 22:00 pm, in the Field Simpanglima event starts around 15:00 pm.

"This year in the city of Semarang, in total there are 26 events to welcome the New Year 2013. So in addition to the amount held by the City Government of Semarang, Central Java Provincial Government, as well as by other tourism stakeholders such as hotels and restaurants," he said.

The existence of a number of plans in the evening late 2012, a number of roads will be closed from 18:00 pm on some streets towards Field Road Simpanglima like Pandanaran (front Merbabu Bookstore), Jalan Gajahmada (aside Ciputra), Jalan KH. Ahmad Dahlan (under the bridge Ciputra Mall and Sun Simpang Lima).

While road Setyabudi or Gombel (Tabanas Park area) there is no road closures, setting the region's done situationally. Traffic flow from the top to the center of Semarang routed through Jalan Lama Gombel.

Posted by needsjobslowongankerja at 10:42 AM