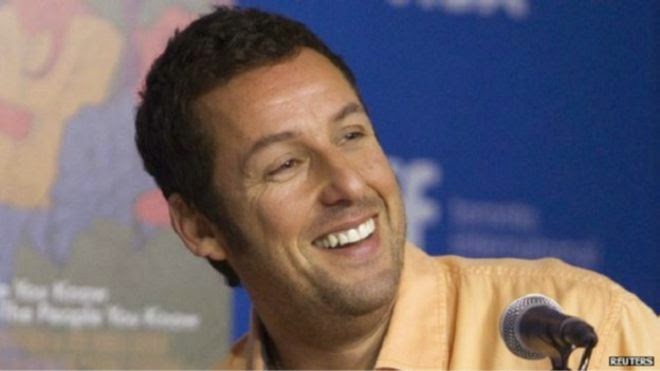 of Hollywood actors ' most high ' pay releasedForbes magazine.
For two consecutive years, this position is occupied by Sandler to surpass Johnny Depp and Ben Stiller.

This annual ranking compiled by Forbes estimated salaries of top stars of Hollywood and the budget and the income of the last three films starring actor respectively prior to June 2014.
Animated films and movies featuring cameo roles are not included in the calculation.

Although the latest film Sandler Grown Ups 2 hit and capable of earning 246 million dollars, but was judged unable to make up for the ' failure ' of two film Jack and Jill and that's My Boy.
"We estimate that for every dollar paid to Sandler, he produces, on average, US $ 3.2,"Forbes wrote.

Johny Depp, the star of Pirates of the Caribbean in second place, on average generateUS $ 4, 10 for every dollar received, though not too successfully with two movie The Lone Ranger and the Dark Shadows. "

Comedian Ben Stiller's latest movie-Night at the Museum: the Secret of the Tombstarted playing earlier this month-was in third position, although he produced US $4.80 for every dollar received.

It is because of two film Tower Heist and The Watch is not too successful at the box office.

Posted by needsjobslowongankerja at 11:01 AM