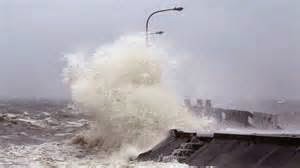 Philippine officials said the number of victims has risen to 53 people as a result of Tropical Storm Jangmi, which caused landslides and flooding in central and southern parts of the country.

A resident cleans mud from outside his stall in the area of Alcantara, Cebu province, Philippines (30/12).

Most of the deaths occurred on Tuesday (30/12) as the storm moves from the island of Mindanao in the south, where the day before heavy rain closed roads and bridges.

Many locals and government officials stunned by the enormity of the landslides that buried houses and vehicles.

Officials said dozens of houses were destroyed. Many of the affected areas not yet recovered from Hurricane Super Haiyan last year, which is the most powerful hurricane ever hit the Philippines.

Haiyan who is regarded as the strongest wind storm hit land, killing more than 7,300 people. Thousands of victims are still living in tents until now, a year after the storm rages. The Philippines has been hit by a devastating hurricane in recent years, including Typhoon Bopha in 2012, which led to 1,900 people dead or missing. (VOA)
Posted by needsjobslowongankerja at 7:05 AM