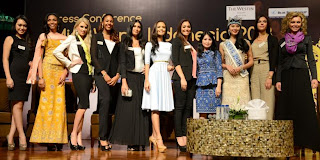 MNC Group CEO Hary Tanoesoedibjo said he was disappointed with the government's decision to move the whole series of Miss World 2013 in Bali .

" Of course we would like to disappointment . One decision can change due to such pressure , " he told a press conference in Jakarta , Monday.

He regretted that the preparation has been done since three years can be changed within three to four days because of the decision.

That is, charity events planned to be held in Jakarta and Yogyakarta including cultural visits to the final night which was originally held in Sentul , Bogor , will also be canceled due to the transfer.

" It is my regret , their activities but pity them so much like tourists to Jakarta alone should not be , " he said .

Moreover , the recognition of the global beauty contest has been organized in such a way to fit the culture and norms of the nation .

" We have a clear foundation , from the eastern side of the law and norms are appropriate . 's Why I regret , but it happened , so we respect and follow the course , " he said .

He also claimed to fear displacement series of Miss World 2013 will have a negative impact , especially from foreign countries . He was afraid of the transfer of these activities have a major impact on foreign investment to Indonesia .

" Do not let this move creates a sense of insecure , considered less convenient , safe and can not enforce the law properly . Perception that accumulates If it could have an impact on investment , " he said .

Organisers claim to suffer huge losses when the whole series of events eventually Miss World 2013 to be moved to Bali .

" Without the loss we've moved well , especially as preparations moved three years must be compressed with the preparation of three to four days , " said CEO of MNC Group Hary Tanoesoedibjo as the pageant organizers in a press conference in Jakarta , Monday.

However , he claimed the material loss is not the main thing in the removal of a series of activities to Bali . He was also reluctant to say how much it had to bear the losses caused by such removal .

Displacement series of Miss World 2013 not only covers about the activities of the participants but also the accommodation of the relatives and supporters of the event include state representatives .

However , he admitted that he would discuss the matter to the supporters of the event .

" Anyway, the focus now is to save this event in order to keep good name of Indonesia . Perhaps there is a problem in the country but abroad should still keep the authority as a nation , " he said .

The global beauty contest followed by 129 contestants and broadcast to 186 countries around the world . Hary claims this is the biggest event that will be covered by the rest of the world that is expected to lift the nation's image and promote tourism .

Having criticized some religious organizations , all activities of the Miss World 2013 beauty pageant will be held entirely in Bali .

" Based on the government's decision , it was decided the implementation of all the Miss World 2013 held in Bali , " said CEO of MNC Group Hary Tanoesoedibjo a press conference in Jakarta , Monday.

The official announcement that the company that delivered the group also acts as the committee agreed on the government passed a decree , Hary said .

Thus , the whole world 's beauty pageant circuit , starting from the arrival of the participants and crew , quarantine , plan a visit to Yogyakarta and Jakarta , until the final night moved entirely to Bali .

" Obviously we all committees involved will be law-abiding and will follow , our subject , " he said .

However , Hary considers relocation Miss World event was not supposed to happen . " However , there is no negative impact of these activities . Having been adjusted to the rule of law and norms eastern , " he claims .

Around 1,053 officers were deployed to secure the protests of the Islamic Defenders Front ( FPI ) in East Java who refused to contest Miss World 2013.

Thousands of combined personnel of the Police , Army and Civil Service Police Unit was providing security at the rally site at the Port of Ketapang , Banyuwangi regency , on Saturday .

Hundreds of FPI members from various regions demonstrated by holding a joint prayer ( istiqosah ) and the oration in Banyuwangi to reject beauty contest " Miss World " held in Bali Island .

Head of Operations ( Head of Ops ) Banyuwangi Police , Commissioner Sujarwo , said the joint personnel are on alert since morning in front of Station New to Banyuwangi Ketapang harbor entrance .

" Police Banyuwangi also got help from Brmob East Java Police personnel to secure the rejection of Miss World demonstration because the police did not actually give the demo permit , " he said .

" Alhamdulillah demonstrations were peaceful . Demonstrators only do prayer and speeches at two locations namely New Stations and Port Ketapang Banyuwangi , so they are not so crossing to the island of Bali , " he said .

FPI finally canceled across to the island since Brimob troops are on alert in front of the entrance to the Port of Ketapang . Police had blockaded the harbor entrance with iron wire and alerting a vehicle " water cannons " .

Confirmed separate , Banyuwangi FPI chairman Agus Iskandar said Muslims unequivocally reject event Miss World beauty pageant that was held in Bali , and the government should listen to the aspirations of the people .

" Indonesia Ulema Council ( MUI ) has issued a statement to reject the election of Miss World in Indonesia , but the beauty pageant world was still held , " he said .

According to him , Miss World was breaking the Law Pornography and Porno-action as the contestants dress used is not according to the Indonesian culture and religion of Islam .

" We expect the government to listen to the aspirations of the people . If the pageant world who sells her body attractiveness held fixed , then the FPI will bring greater mass for the demo again , " he said .
Posted by needsjobslowongankerja at 9:04 PM