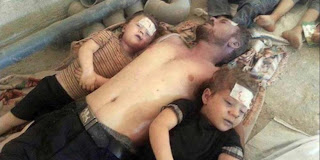 Syrian National Coalition ( SNC ) , the main umbrella opposition group in exile , the general assembly convened in Istanbul , Turkey , Friday ( 13/9 ) , to select the " prime minister " while they and discuss the Russian proposal on Syria .

In a closed-door meeting on Friday , Ahmad Al - Khader Tumeh - veteran opposition figures - published by the 155 - member Assembly session as the sole candidate to be the " prime minister " temporary .

The Coalition is scheduled to elect their prime minister on Saturday , said the Head of Media SNC Khalid Saleh in a press conference , Xinhua reported .

Regarding the idea of ​​Russia's chemical weapons Syria to submit to international supervision , Saleh said , " We made ​​it clear that the international community must punish those who launch a chemical attack . "

Saleh said the United States has decided to increase aid to the Syrian opposition forces .

" We have received assistance for power shut down the opposition . We also are waiting to receive more assistance in the future , " the spokesman said .

Syria's main opposition group accused the government in the murder of 1,300 people using chemical weapons near Damascus on Wednesday , when the Security Council of the United Nations ( UN Security Council ) called for " clarity " and deliver " very concerned " over the allegations .

Denies accusations that Damascus , arises when the UN investigation team are in Syria to prove the alleged use of chemical weapons by both sides in a conflict that lasted 29 months .

Following up an emergency session of the UN Security Council in New York , chairman of the Security Council , the delegates from Argentina , Maria Christina Perceval said " There should be clarity about what is happening and this situation should be monitored carefully . "

He added that members of the UN Security Council " welcomed the decision of the secretary-general to ensure a thorough investigation and impartial . "

15-member body that expressed " strong concern " over the allegations and agreed that the use of all forms of chemical weapons is " violating international law " .

Washington previously described that the use of chemical weapons is a red line that will make the U.S. military intervention into Syria .

British Foreign Secretary William Hague said " I hope this can bring to support the Assad regime , the sadistic murder . "

German Chancellor Angela Merkel was quoted as saying , would be a " terrible crime " if it is proved .

Moscow - which says proves the use of chemical weapons by militants in March , opposition skeptical about the allegations .

Russia , a long time friend of the Damascus regime , also called for an investigation , but said the suspect " provocation " the opposition and its foreign supporters .

Video images circulated by activists - whose authenticity can not be ascertained - indicates the presence of the medical team for the children who suffocated and hospitals overflowing with patients .

There's more images of dozens of people lying on the ground , most of the children and their bodies covered in white cloth .

Allegations of chemical weapons use , which has not been justified - vehemently denied by the Syrian regime , which stated intention of hiding it from examination of UN investigators already in the country .

Sources in the opposition forces accused the military of using chemical weapons in the attack - one of them in Moadamiyet al - Sham , in the southwestern city of Damascus and in several other suburbs .

A video uploaded to YouTube by the Syrian Revolution General Commission - a group of other activists , suggests " mass poison gas attack " other .

In one of the videos seen a child receive first aid and rushed to the hospital , she received oxygen to help him breathe and the doctors tried to make him aware of the unconscious .

Other images are also on YouTube shows the atmosphere of panic after a chemical weapons attack in the eastern suburbs .

A teenage girl holding the head with his hand and saying over and over " my life " and a white- jacketed man tried to calm him down .

After meeting with the foreign minister of Saudi Arabia , United Arab Emirates and Jordan , Head of the French State " emphasizes the need to stand firm against the regime of Bashar al - Assad , to prevent him from using chemical weapons and receive further talks to find a political solution to the crisis in his country " .

Holande major and its Arab allies are also emphasized " their commitment to help establish a free and united Syria - where the safety and rights of all members of the community are respected " .

In a statement , the president 's office stating the Paris meeting was a " good opportunity ... to coordinate the position of France and the three main partners on next steps ( which is expected to end the Syrian conflict ) " .

France and the United States are at the forefront in promoting stronger international response to the alleged use of chemical weapons by the Syrian government .

Damascus has denied the government was behind the attack , while Moscow has repeatedly called for a thorough investigation .

French Foreign Ministry has announced the French foreign minister , the UK and the U.S. are scheduled to meet in Paris on Monday afternoon to discuss the Syrian crisis , the ministry said in Paris .

President Vladimir Putin on Friday , had the support of Iran and China in a regional summit on the Russian initiative for Syria to hand over its chemical weapons , which he said was evidence of " serious intent " Damascus government .

Putin attend a summit of the Shanghai Cooperation Organisation ( SCO ) , a regional security grouping that is sometimes regarded as a rival of the east against NATO , in Kyrgyzstan day after Syrian President Bashar al - Assad said he supported the Russian plan .

The leaders of the SCO , whose members are Russia , China and Central Asian countries in a statement said they supported the initiative and oppose any action that " may lead to a further militarization " of the situation in Syria .

Chinese President Xi Jinping , who spoke at the summit in Bishkek , said his country welcomed the Russian plan to put a lot of importance to the development of the situation in Syria .

" We support the initiative to hand over Syria chemical weapons under international supervision , " Xi said .

" We believe the situation in Syria must be decided politically without foreign military intervention . Influential All interested parties should encourage a constructive dialogue towards that direction , " he added .

He declared Iran a victim who suffered when the Iraqi dictator Saddam Hussein to use chemical weapons in the Iran-Iraq War of the 1980s .

Iran , as a victim of the worst due to the use of chemical weapons , support weapons destruction in the whole world . The possibility of militant groups armed to obtain chemical weapons is the greatest threat to the region , " Rouhani said .

Iran and Russia in recent years emerged as the most powerful allies of Assad's last government . China supports the Russian attitude tu conflict but not a lot of public comment .

Putin said the international community should welcome the decision of Syrian support a ban on the use of chemical weapons , saying it showed " serious intentions " Damascus .

"I believe we should welcome the decision made that the Syrian leader . I would like to express the hope that it would constitute a very serious step towards this path , " he said, referring to President Bashar al - Assad , the Kremlin's support for the conflict was two and a half years .

Speaking in a session of the SCO summit , Putin reiterated his hard opposition to the use of military force in Syria .

Russia proposed that Damascus hand over its chemical weapons in an attempt to stop the threat of a military attack by the U.S. .

Assad said he would support a ban on chemical weapons , but insists that Washingtn must stop the " political threat " if the country wants the plan can be implemented .

On Friday the Russian and U.S. diplomats met for a second day of talks is important to develop a plan to secure Syria 's chemical weapons . , According to AFP .

Posted by needsjobslowongankerja at 9:20 PM