Two Indonesian nationals into the black list because it is close to Islamic militant groups. 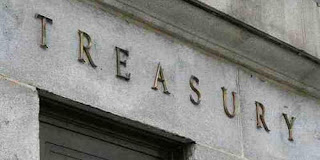 Two Indonesian nationals into the black list because it is close to Islamic militant groups.

Ministry of FinaTnce of the United States, Wednesday (18/09/2013), enter the name of two Indonesian nationals into the black list because it is close to Islamic militant groups.

The two men, the first is Said Ahmad Sungkar (51), who was allegedly involved raising funds to support the Jemaah Islamiyah (JI) and Jamaah Ansharut Tauhid (JAT).

Both of these groups by Washington included in the list of terrorist organizations.

The second man was Afif Abdul Majid (58). This man is the leader of JAT that assist in the recruitment and training of people who will be used in various acts of violence.

"In 2012, Abdul Majid role is to coordinate the various activities of the leader of JAT area," according to the U.S. Treasury.

The U.S. government, Cohen said, will continue to try to protect the international financial system from the activity associated with terror groups.

"The goal is that these groups are increasingly difficult to commit acts of violence," said Cohen.

Once incorporated into the black list, then all the assets of these two men in the U.S. will be frozen and all U.S. citizens are prohibited from doing business with the two men.
Posted by needsjobslowongankerja at 6:52 AM