Extension of this project development six-lane highway after the project mass rapid transit or Mar finished.


Extension of this project development six-lane highway after the project mass rapid transit or Mar finished. 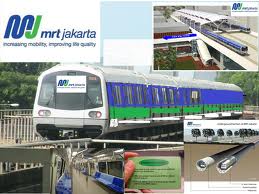 Governor of Jakarta Joko Widodo said, he will decide extension of this project development six-lane highway after the project mass rapid transit or Mar finished.

"Six-lane highway, I will decide after DELHI," said Jokowi to reporters at the town hall, Central Jakarta on Friday (8/16/2013).

Indonesian Democratic Party of Struggle, said, his party was still considering construction, whether development will be done by the DKI Jakarta Provincial, Ministry of Public Works, or shared with others.

"Patience, still we calculate. Still is calculated against these defaults are all," go Jokowi.

Six-lane highway development projects in the city is divided into four stages and is planned to be completed at the end of 2022. First phase, the road Semanan-Sunter over 20.23 kilometers with investment value Rp 9.76 trillion and corridor Sunter-Pulo Gebang over 9.44 kilometers worth Rp 7.37 trillion.

The stage, the third corridor area Ulujami-From Tanah Abang with long 8.70 kilometers and the value of investment Rp 4.25 trillion. And finally, the Market Sunday-Casablanca as long as 9.15 kilometers with invest Rp 5.71 trillion.

Total length the six toll roads in the city was over 69.77 kilometers. If it is completed, the six-lane highway, will become one with toll road rims out for PT Jakarta Tollroad Development, but the tariff will separate the toll road ring out.
Posted by needsjobslowongankerja at 5:11 AM