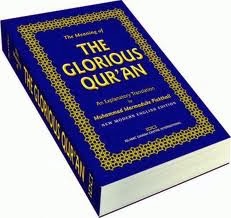 
As- Sunnah according to language ( etymology ) is a way / ways . Meanwhile, according to scholars ' Aqeedah ( terminology ) , the Sunnah is that the instructions had been carried out by the Prophet and his companions , both about science , I'tiqad ( beliefs ) , word or deed . Called al - worshipers because they are united on the truth , do not want broken to pieces in religious matters , gathered under the leadership of the priests ( who cling to al-haqq/kebenaran ) .

Al - Jama'ah according to scholars ' Aqeedah ( terminology ) is the first generation of this people , which is among the companions of the Prophet , then Tabi'in and Tabi'ut Tabi'in . as well as those who followed them in goodness until the Day of Judgment , as gathered on the truth , as it is said Ibn Mas'ud : " Al - Jama'ah is that following the truth even if you are alone . "

So , Ahlus Sunnah wal Jama'ah are those who have the nature and character to follow the sunnah of the Prophet sallallaahu alaihi wa sallam with consistent and matters away from new / diada inventions in religion . ( Heresy )

The characteristics of Ahlus Sunnah wal Jama'ah are those ittiba ' ( follow ) to the Sunnah of the Messenger of Allah ( Surah Al- Ahzab : 21 ) and follow atsar ( trace ) salaful ummah .

2 . Ath - Thaaifatul Mansurah ( groups who get the help of God ) , as the hadeeth narrated by Mu'awiya : That the Prophet said : " There is always a party of my ummah who always uphold the commandments of God , will not harm those who do not help them and the people who will menyelisihi them , until the command of Allah comes and they stay on top of that so it was . " ( HR.Bukhari , Muslim ) .

6 . Ibn Jarir Tabari ( d. . 310 H. ) said : " ... As for the right of the words on the belief that the believers will see God pad doomsday , then it is our religious faith with him , and we know that ahlus sunnah Wal Jama'ah believe that the inhabitants of heaven will see God in accordance news authentic from the Messenger of Allah .... "

May be useful for ' aqidah and our knowledge , Aamin ... Baarokallah Fiikum
( Jazakallahu khayran katsiran for akhi ​​Smith Anas )

Posted by needsjobslowongankerja at 2:15 AM