Obama and Hillary Clinton most admired figures in 2013 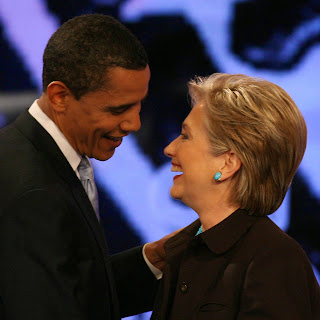 Obama and Hillary Clinton most admired figures in 2013

Americans named President of the United States ( U.S. ), Barack Obama and former U.S. Secretary of State Hillary Clinton as the man most admired men and women throughout the world community in 2013 , according to a Gallup poll released on Monday ( 30/12 ) .

Obama is in the top spot for six consecutive years , ranking usually occupied by the U.S. president , said the organization pollsters said as quoted by Reuters news agency .

However, the percentage of survey respondents who chose him as the most admired man fell to 16 percent this year from the year 2012 that figure reached 30 percent .

While Clinton topped the list of most admired women over 12 years in a row .

Overall Clinton had 18 times the position , more than any woman in the history of the poll.

Declare Gallup survey involving 1,031 adults between 5-8 December 2013 with a margin of error of less than four percentage points .

In the list of most admired women were also there Malala Yousafzai , teenage Pakistani Taliban head shot because the fight for the right of girls' education , German Chancellor Angela Merkel , Britain's Queen Elizabeth and the Duchess of Cambridge , Kate Middleton .
Posted by needsjobslowongankerja at 2:41 AM