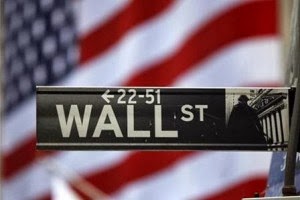 According to an AFP report , the latest record occurred after the U.S. Labor Department data showed first-time claims for unemployment benefits fell to 338,000 from 380,000 the previous week's figure adjusted . Analysts had projected 350,000 claims will be filed .

Other economic news was better than expected in recent days have increased confidence in the outlook for the U.S. , after the Federal Reserve on December 18 announced it will reduce its bond purchase program .

" But as yields rise despite the Fed gradually reducing the stimulus , it means there is an increased sense of confidence that the stock market does not need more stimulus the Fed . "

Posted by needsjobslowongankerja at 6:27 PM