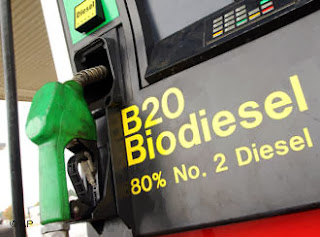 Deputy Minister of Energy and Mineral Resources ( ESDM ) Siswoutomo Susilo said the fuel importation of raw materials should continue to be reduced , because if this is not done the cost of imports each year continues to increase from Rp 1.4 trillion next year will increase to Rp 1.5 trillion per day and will increase each year .

One solution should gradually shift from dependence on oil to biodiesel . Because if this is not done subsidy funds reached Rp 200 trillions it just tetbuang vain .

According to Vice Minister of Energy and Mineral Resources submission BPH Migas to 48 million kl of fuel distribution for fuel distribution in 2014 with a value of subsidy reached Rp 211 trillion . PT Pertamina and the two companies , namely PT AKR Corporindo companion and PT Surya Parna Niaga , distribution of fuel to be evenly distributed the society in Indonesia .

For the distribution of fuel to the community in order to Pertamina is expected to cooperate with the regional head or governor or regent .

" The distribution of vital fuel has been delivered throughout Indonesia , once pumped up to want to be saved as the stock does nothing important not to subsidy removal as proposed by the Vice Governor of Jakarta , for removing subsidies , including violation of the Act, " said Vice Minister of EMR Susilo Siswoutomo in Jakarta, Tuesday ( 31/12 ) .

Posted by needsjobslowongankerja at 9:58 PM