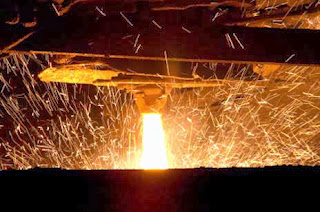 Minister Jero Wacik sure , the issuance of Government Regulation ( PP ) to support the implementation of Law No. 4 of 2009 on Mineral and Coal , will arrange for the provision of a company that has done downstream .

" For companies that are already doing the processing and refining will be further in the new regulation , " Jero said after a coordination meeting in Jakarta , Friday ( 27/12 ) , as quoted by Antara news agency . He explained that the PP was conducted before the publication January 12, 2014 or the expiration Mining Law to ban the export of raw mineral materials , effectively .

However , Jero did not explain in detail the contents of the PP which contains rules for companies that have done the downstream , because it is still under discussion in the internal governance . "We are seriously discussing the Mining Law because it involves life and value -added mining , including environmental present and future , " he said .

In addition Wacik sure , the Government will implement consistently Mining Law , and for companies that have not yet built a smelter are not allowed to export the mineral raw materials . " Since January 12, 2014 , the export of raw minerals would not be allowed . Companies are not doing the processing and purification no longer allowed to export raw minerals , " he said .

Currently , there are several mineral mining companies operating in Indonesia such as PT Freeport Indonesia and PT Newmont Nusa Tenggara , has had downstream smelters for processing and refining . These companies are questioning the implementation of the Mining Law which became effective immediately , particularly regarding mineral ingredients which may be exported and other technical matters related to the processing and refining .
Posted by needsjobslowongankerja at 11:06 PM