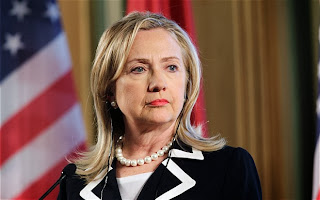 Once tripped by Barack Obama in the nomination of the Democratic Party Preseiden of Konensi , now former Secretary of State United States ( U.S. ) Secretary of State Hillary Clinton has been getting ready to move forward again become the first U.S. president in 2016 elections .
Now that the fundraising has been sent via email to all prospective donors and collected sent to his family foundation at the end of this year .
The Washington Post reported on Tuesday ( 24/12 ) that her husband Bill Clinton , will provide funding support for the campaign dollar - for-dollar for any donations sent to the Clinton Foundation between now and the end of 2013 . The news was released in an e - mail last Monday by supporters .
" We have big plans for tqhun 2014," Clinton wrote .
Email Clinton came nearly a week after he convinced ABC News that among the great men in 2014 , this year a decision will be taken whether his wife will go forward to run for U.S. President in 2016 replacing Obama .
In an interview with Barbara Walters , Clinton said the move was " such a difficult decision , " and one that he " would not be in a hurry . "
" Obviously , I will look carefully at what I thought I could do and will make a decision next year , " said Clinton .
Should Clinton chose to run , early polls still choose his wife as a favorite candidate elected as a Democrat in 2016 .