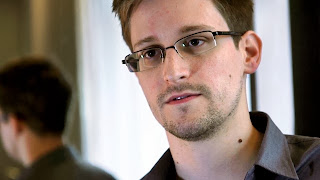 .
Great Britain , Internet , Science Technology , Defense
Snowden Christmas message focus is on privacy , citing : " Babies born today will have no concept of privacy at all " .

Christmas message , a two- minute , recorded in Russia .
He was referring to George Orwell's novel , 1984 , saying that tapping technique is very complicated in the novel is told that there is now nothing compared to the existing wiretapping technology .

" Babies born today will grow up without understanding the concept of privacy at all. They will not know what it means to have a private moment to yourself , a moment without tapping without analysis .

" Click on the Debate
taking place today will determine the amount of confidence we can place on the technology around us and the government is set .

" Together we can find a better balance , stop tapping public and remind the government that if they want to know what we feel , ( find out with ) asking will always be more efficient than the tap . "

The U.S. newspaper The Washington Post earlier this week , Snowden said his task as a whistle-blower U.S. intelligence operations , " click has been reached " .
" I 've won , " he said . (BBC)
Posted by needsjobslowongankerja at 7:53 PM