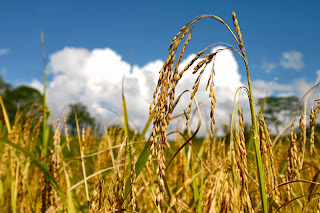 Head of the Investment Coordinating Board ( BKPM ) , Mahendra Siregar said the revision of Presidential Decree No.36/2010 on Investment Negative List ( DNI ) will limit the ownership of foreign capital in the agricultural sector .

" There are six areas of business in the agricultural sector are becoming more restrictive , " he said after a coordination meeting finalizing the list of business fields closed and opened business field with the requirements in the field of investment in Jakarta on Tuesday .

Terms ownership of foreign capital in six fields of agriculture which was originally up to 95 percent , according to Mahendra , down to up to 30 per cent in the revised DNI according to the Law No.13/2010 on Horticulture .

" The adjustment was done not only look at the overall development of the macro and strategic Indonesian economy , but also look at the needs and conditions of each sector , " said Mahendra .

Mahendra added that the government also make adjustments in the trade sector which refers to the Regulation of the Commodity Futures Trading Supervisory Board as the regulator of commodity futures trading .

Implementation of alternative trading listed previously not be open to the domestic capital ownership requirement of 100 percent and futures brokerage into the open with the requirements of a maximum of 95 percent foreign capital in the revision of the DNI .

Mahendra DNI will ensure revision of business support package that was announced in October 2013 , as well as improving the investment climate improvement commitment and maintain the momentum of economic growth in Indonesia .

" It should be completed in February 2014 due to the overall ease of doing most of the process is going according to plan . Hopefully all can be completed on time to maintain the growth of investment , " he said .
Posted by needsjobslowongankerja at 4:00 AM